The U.S. Office of Inspector General has opened an investigation into the response or lack thereof, by the U.S. State Department into hundreds of complaints by United States Citizens of tainted alcohol in Mexico. Senator Ron Johnson, a Republican Representing Wisconsin received a letter from Inspector General Steve Linick stating that his office would begin a review of the State Department policies regarding tainted alcohol and other reported improprieties described by U.S. visitors to Mexican resorts. 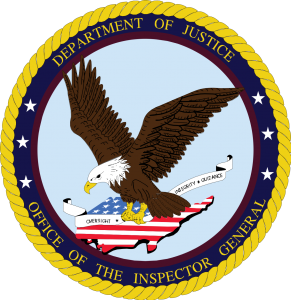 Hearsay reports of robberies, sexual assaults, and robberies have been posted for years by visitors returning from Mexico. The impetus for the response by the U.S. Inspector General is in response to a call for an inquiry in October by Senator Johnson, who is the chairman of the Senate Committee on Homeland Security and Governmental Affairs. Senator Johnson’s interest in the matter was sparked by an investigative report by Raquel Rutledge for the Milwaukee Journal Sentinel after the death of 20-year-old Abbey Conner from Pewaukee, WI.

Ms. Conner was found unconscious along with her brother after consuming a couple of alcoholic beverages at the Iberostar Paraiso del Mar swim up bar. Ms. Conner was placed on life support and flown to Florida for further treatment, only to be declared brain dead and taken off life support. Her brother, who survived the incident can only recall having a couple tequilas and blacking out. This tale of consuming a minimal amount of alcohol, and blacking out at the all-inclusive resorts such as the Iberostar Paraiso del Mar have become all to prevalent. In fact, as investigative reporter Raquel Rutledge began her investigation into the circumstances of Abbey Conner’s death, she heard similar tales from multiple visitors to the 5 star rated resorts in Mexico.

After the death of Abbey Conner, The U.S. State Department posted a warning in August 2017 to U.S. Travelers to Mexico, but they did not specify tainted alcohol. Preceding the August 2017 warning, Mexican authorities raided 31 resorts, bars, and nightclubs in the Mexican Resort areas. In announcing the raid, the Mexican Authorities mentioned confiscating 10,000 gallons of tainted alcohol. In an early December publicity blitz by the Secretary of Tourism for Mexico, Enriaue de la Madrid Cordero, denied that the alcohol was tainted, stating that it was “untaxed” alcohol.

Calls for US Government to investigate tainted alcohol in Mexico. What has the Inspector General decided? Click to Tweet

News of the announced inquiry by U.S. Inspector General Steve Linick into the U.S State Department protocol in Mexico concerning tainted alcohol appears not to have reached the State Department. In a December 13, 2017 press briefing, State Department Spokesperson Heather Nanuert in response to a reporter’s question feigned awareness of the OIG’s inquiry.

QUESTION: “Hey. Do you have any information or comment on a report out that the OIG has opened an inquiry into the State Department’s handling of some cases in Mexico regarding tainted alcohol and other incidents associated with the tainted alcohol in Mexico?”

MS NAUERT: “I’m not aware of that. I know that the tainted alcohol issue, especially from our Western Hemisphere Bureau, is something that we followed closely. Over the summer, maybe it was spring break time, we put out a travel warning, a travel alert, a travel notice – which was it? I’m trying to remember. But it was an area-specific piece of information that we provided to alert Americans the fact that this was happening. I know at the time that we were not able to definitively say that it was from alcohol, from tainted alcohol, but I know that that was something that the Mexican Government was looking into. It certainly seemed that those were very credible reports. That concerned us and so just out of an abundance of caution and awareness that many Americans travel to Mexico, in particular that region, we put out that warning. But I don’t have anything on the – on a potential OIG report. If I do, I will certainly let you know.”

It remains to be seen if the announcement by Senator Johnson’s office of the intention of the U.S. Inspector General will have an effect on the U.S. State Department’s tracking and reporting of tainted alcohol in Mexico.

The mission of SafeProof.org is to raise awareness for Fake or Counterfeit alcohol and to keep liquor safe Search liquor enforcement using our map to keep you and your drinks safe. Report any illicit alcohol activity to us using our secure form or by calling (833) SAFE-TIP To get the latest Alcohol Alerts and violation updates in your area Sign-up for SafeProof.org emails and follow us on Twitter @SafeProof #DrinkSafe