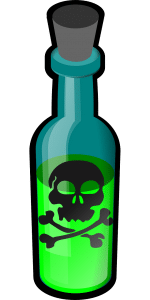 On March 14, 2017, the HSE in Ireland issued alert concerning fake alcohol after a man was hospitalized with methanol poisoning. The liquor bottle in question is believed to have been a vodka bottle that was purchased in Ballymum according to the Gardai, the Irish State Police. A spokesman for the police reinterred that alcohol should only be purchased from recognized approved sources to prevent exposure to unsafe alcohol.

The Food Safety Authority has joined in the investigation begun by the HSE and the Gardai into this incident as well as to see if there have been others that were misdiagnosed or unreported. If the use of methanol in this vodka is also present in other bottles throughout the region it has serious health consequences. Aside from methanol poisoning which could have immediate and deadly consequences, incremental consumption of methanol will lead to long term health maladies of the organs.

The symptoms of methanol poisoning may not be pronounced if consuming one shot of fake vodka a day, but it will damage vital organs including, kidney, liver, and eyes. When methanol is consumed, the human body turns it into formaldehyde. Continuing the body’s break down of methanol it is then transformed into formic acid or formate salts which begin to attack the central nervous system.

In conjunction with the above mention case of the person hospitalized with methanol poisoning after consuming what is believed to be fake vodka, the HSE has warned that the symptoms may appear as dizziness, staggering, slurred speech, all symptoms of inebriation from consuming legitimate alcoholic beverages which adds to the confusion and ability to spot circumstances of methanol poisoning.

The timeline consequences of daily ingestion of lesser amounts is hard to calculate, however the manifestation of severe methanol poisoning can take from 12 – 24 hours to exhibit themselves in some individuals.  As the distribution of fake alcohol surges across the European continent more cases of methanol poisonings are being seen in hospital emergency rooms. When the medical staff can temporarily alleviate the symptoms, the long-term effect of methanol poisoning are irrevocable.

SafeProof.org raises awareness for Fake Alcohol our goal is to keep you and your drinks safe. Sign-up for alerts and follow us on Twitter @SafeProof to get the latest alcohol news and enforcement updates.